Good morning to everyone.  I had another post planned for this morning but it was put on hold…why? Well in the morning when I check into my computer…the first thing I look at is the Google logo…I don’t know why but I just LOVE when it is a special one!  This morning it was created in honor of a fabulous lady Mary Blair. If you want a touch of vintage and style of bygone years…you are going to love this little post on the extraordinary lady and artist.  Just imagine It’s a Small World playing in the background! These creations put the R in retro and the T in talent.  All of you fans of the retro style are going to recognize many of these pieces and say…ah…so she was the artist!  This art is for Young and Old alike — the only age restriction is you have to be young at heart! As an art major and Art lover it is just always heart warming to gaze upon creations totally made by hand!  Another major point is that Mary achieved greatness in a time where women were not given their due…she rose above that and made her mark!  A women to admire for sure! Hope you enjoy! 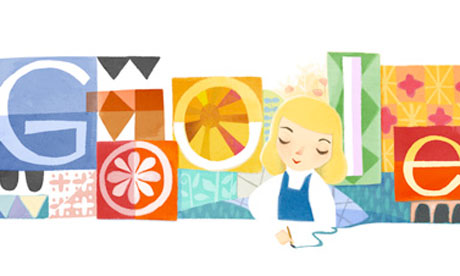 I am addicted to the art of Google Doodles!  I am!  This is such a sweet tribute to such a talented and sweet lady…Mary Blair
Google doodle celebrates influential Walt Disney artist Mary Blair
Illustrator worked on a number of children’s books and contributed to films Peter Pan and Alice in Wonderland
Blair’s colourful, childlike images – vaguely reminiscent of the cubist movement – are credited with bringing modern art into popular animation and influencing a generation of illustrators.
Walt Disney was so taken with her designs that he recruited her to work on It’s A Small World, an attraction that debuted at the 1964 New York World’s Fair and has since been recreated in all of Disney’s theme parks.
Other commissions for Blair, who died in 1978, include giant murals at Disneyland and Disney World.

Google’s doodle features an image of the illustrator as she would have drawn herself, surrounded by the simplistic patterns and shapes that made up her familiar cartoon world. 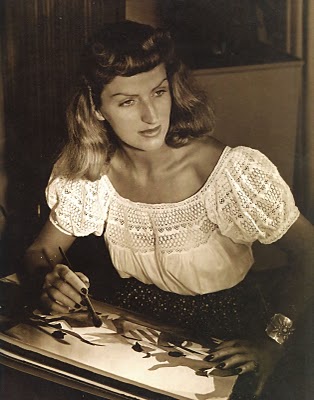 Mary Blair (October 21, 1911 – July 26, 1978), born Mary Robinson, was an American artist best known for her work with Disney, Little Golden Books, and advertising. Born in McAlester, Oklahoma, Mary Browne Robinson moved to Texas while still a small child, and later to California when she was about 7. Having graduated from San Jose State College, Mary won a scholarship to the renowned Chouinard Art Institute in Los Angeles, where teachers included Pruett Carter, Morgan Russell and Lawrence Murphy. In 1934, she married another artist, Lee Everett Blair (October 1, 1911–April 19, 1995).
this photo and the following artwork…courtesy of artofmaryblair blog 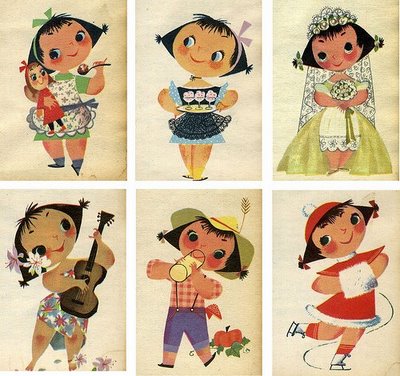 So Sweet!!!
Mary was able to capture the innocence of a child in such a simple style that I know makes you SMILE! 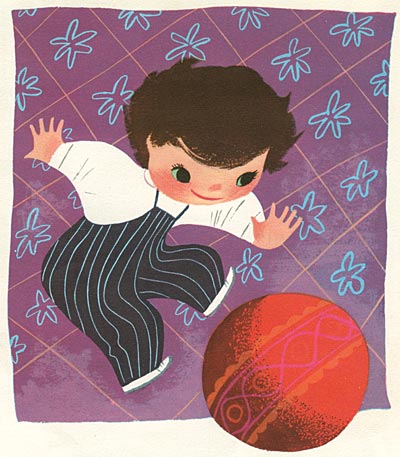 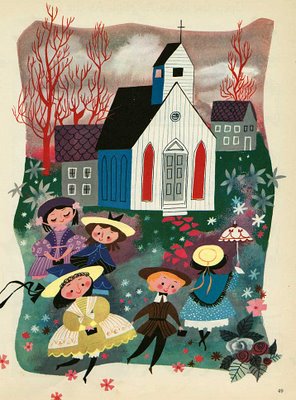 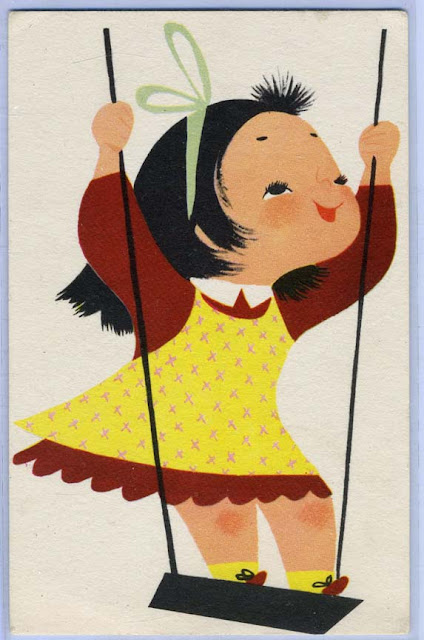 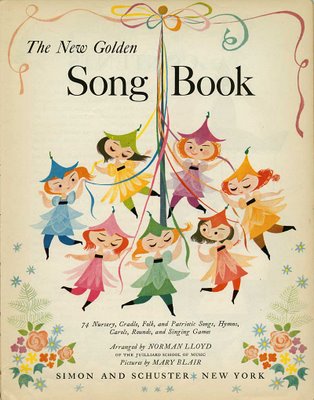 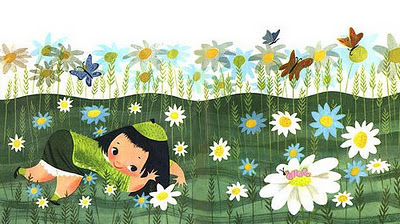 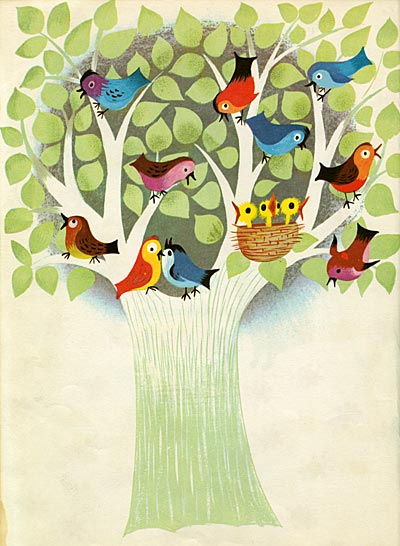 How many Golden Books were graced with her art! 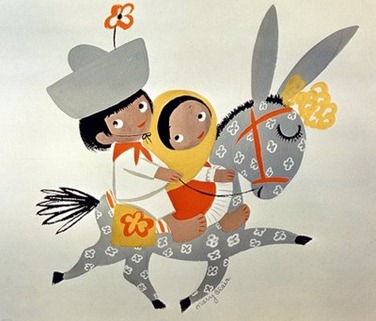 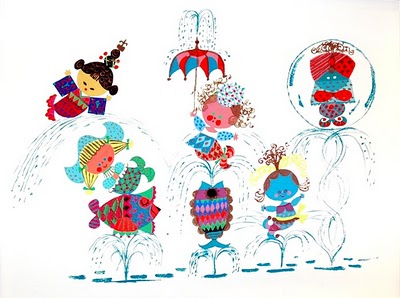 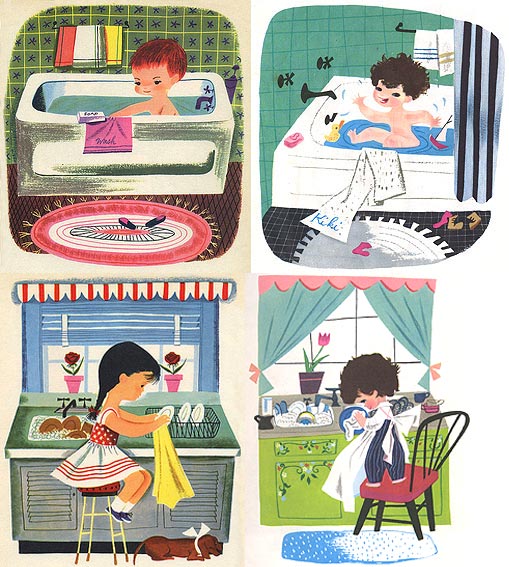 oh…I have spotted a dachshund! lol! 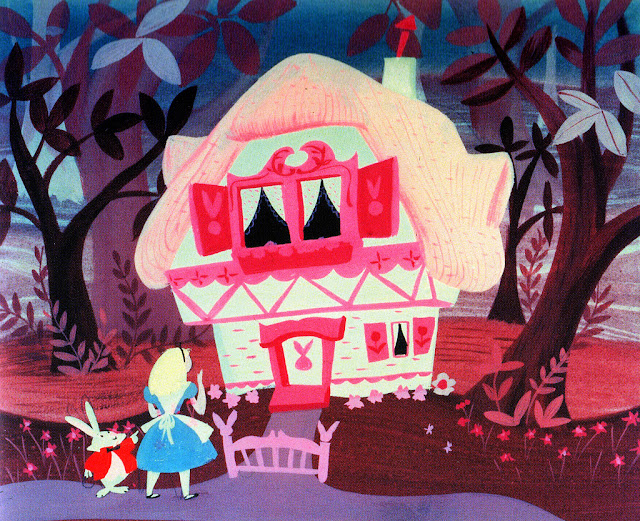 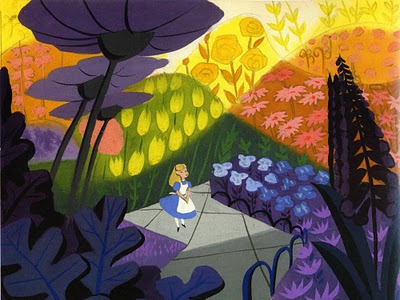 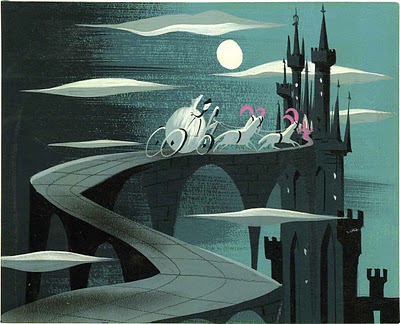 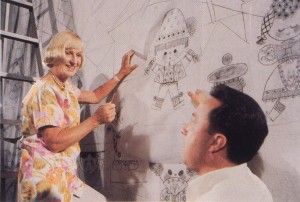 Mary doing what she did best!

A wonderful concept sketch for Sleeping Beauty!
Check out more of Mary’s work…just GOOGLE her and you will be amazed what pops up!
I had fun checking out the different websites and art this morning…I am always fascinated with the old Disney artists…amazed that everything…everything was done by hand…
check out all of the Google doodles from the past…they are just toooooo much fun!
It would be fun to share these pictures with your kids!
Hugs to all and I will see you for the weekend wrap-up or aka…down the rabbit hole!
here are the websites that I used to bring you this post…check them out!
http://cartoonmodern.blogsome.com/category/mary-blair/
http://colourstudioinc.blogspot.com/2010/03/color-icons-mary-blair.html
http://dailymischief.com/2011/08/29/my-secret-obsession-mary-blair/
Think Pink! 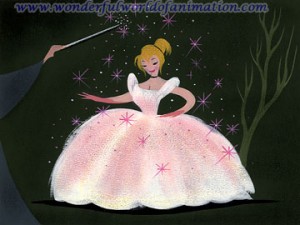 My Pups and Puppy Angels

This site uses Akismet to reduce spam. Learn how your comment data is processed.